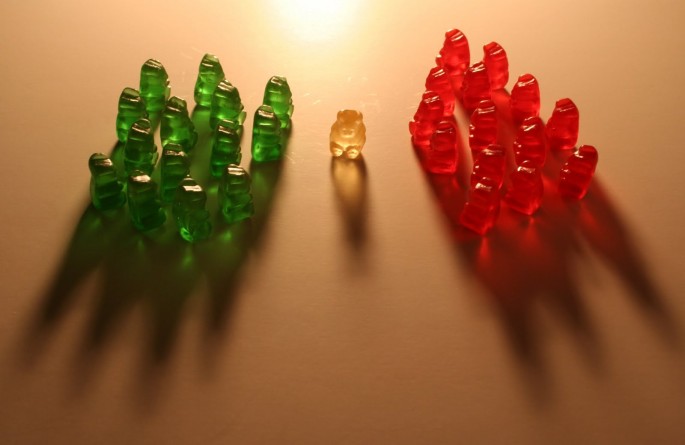 Whether it’s in diplomacy or working things out in a family, being in the middle will rarely achieve more than a band-aid’s worth of value. Sometimes, our issues are no more than band-aids, but usually when we allow ourselves to be in the middle or look to others to get in the middle, there are significant expanses to traverse and inefficiencies to address that can be endemic. Creating a quick fix does not address the true impact of the gap. And that can mean that you are dealing with the same kind of issue again just weeks, days or hours later.

Sometimes we get in the middle because it is uncomfortable for us to deal with the friction of the conflict in our space. It’s truly more about us than it is about both parties moving on in the best possible way. If it stops, we are relieved. But like most fixes, it won’t stay that way for long, so even in a selfish way we are not doing much for ourselves, let alone the main parties involved. If we bring others into the middle regularly, then we probably have a great opportunity to expand ourselves and deal with conversations that we normally pull away from.

Encouraging people to do the hard things, to tell the truth, to work on their issues themselves without a go-between, to look deeply at their own responsibility for how things have gone instead of just helping them get over the hump of the problem, will always lead to a greater potential for growth. They may not choose to do that, but then they are left one step closer to addressing things head on, because one method of avoiding the consequences of working things out is now off the table.

If you are going to involve a third party and don’t want to wind up in the same place again, then be sure to be open to feedback, to look as carefully at what you are bringing to the issue that makes it go the way it is as you are looking at the other person and making it about them.

This isn’t easy, but facing the same thing over and over again without it changing fundamentally is a lot more difficult, we just are limited to only hindsight being 20/20. There’s no reliable way to tell the future and see that the issue you’re dealing with now is one you’ll be confronted by over and over again. If we knew, we’d see that the time to address things head on is right now. 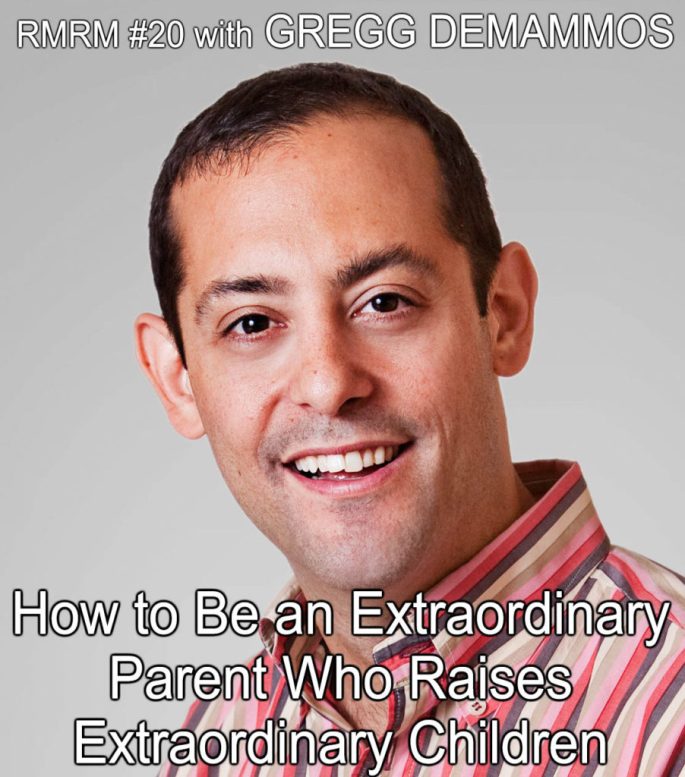 It’s really nice for a guy who deals with social anxiety to get as much positive feedback as my friends and the listeners of this podcast have given to this conversation I had with Bob Schwenkler.

Case in point, I’ve written and rewritten a sentence here about five times. The gist of it was…I hope you listen to it HERE.

And like my friend said, “It’s a very touching and educational interview, especially for parents. But anyone who works with or interacts with other people will benefit. Listen in the car, at the gym, while folding clothes. Just listen it will change the way you think about your relationships.”

This episode should be required listening for anyone who has (or wants to have) children.

I have never heard another person speak so articulately and with so much heart about what it takes to be an extraordinary parent who raises loving, emotionally intelligent children.

Gregg DeMammos reveals some powerful wisdom in this interview. Even as a non-parent it was a powerful and fascinating interview for me to listen to.

In this episode we talk about:

• How Gregg respects his childrens’ temper tantrums and anger, and transforms them into life lessons and deep love.
• Gregg’s journey of learning to use his emotions in ways that worked FOR him.
• How, despite growing up with no father as a role model during some of the most formative years of his life, Gregg later chose to be an extraordinary father who raised extraordinary children.